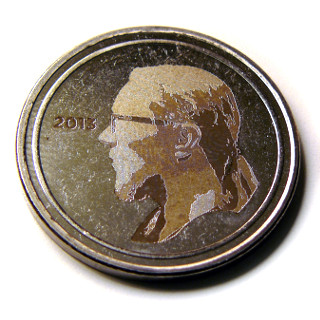 Regarding the latter, I dabble in esoteric programming languages, among other things. The other pages here at zem.fi hold a not-so-representative, not-so-up-to-date sample of the kind of things I do.

If you do IRC in the IRCnet or the Libera Chat networks, fizzie is the name. For the latter, feel free to visit e.g. the #esolangs channel. As for email, append @zem.fi to the same name.

I also spent quite a while doing noise-robust speech recognition related activities at the Aalto University School of Electrical Engineering, Department of Signal Processing and Acoustics.

The Google Scholar profile has an autogenerated publication list that should be more or less up to date. Some highlights have been listed below as well.

As a lark, here is a list of programming languages I recall at least doing something with, roughly in inverse order of familiarity. Anything down to Prolog I could consider myself to know, up to some degree. Processor architectures in the following denote the assembly of the corresponding processor.

Born in Helsinki, Finland, in 1983. After compulsory education, went to Helsinki University of Technology to get a master's degree in computer science; major Computer and Information Science, minors Theoretical Computer Science, Telecommunications Software. While there, also got married (end of 2006). Managed to graduate in autumn 2009, just before it became the Aalto University. Spent the next few years doing graduate studies, majoring in something like Speech and Language Technology. Got hired by Google in 2015, finally finished that PhD in 2016.